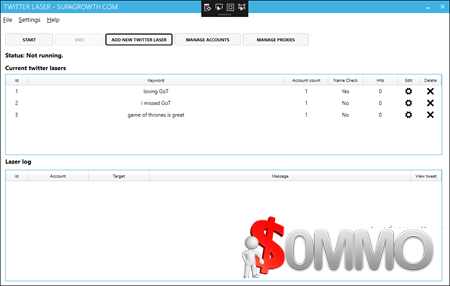 Twitter Laser is a desktop application that allows uses to automatically tweet to users who have specific keywords in their tweets. For example if someone tweets "excited for game of thrones" then Twitter Laser can automatically send a tweet to this user saying something like "@user Hi Ben, I'm excited too! I wrote a cool post on this check it out". There is no limit on the amount of keywords that can be monitored or accounts that can be used.